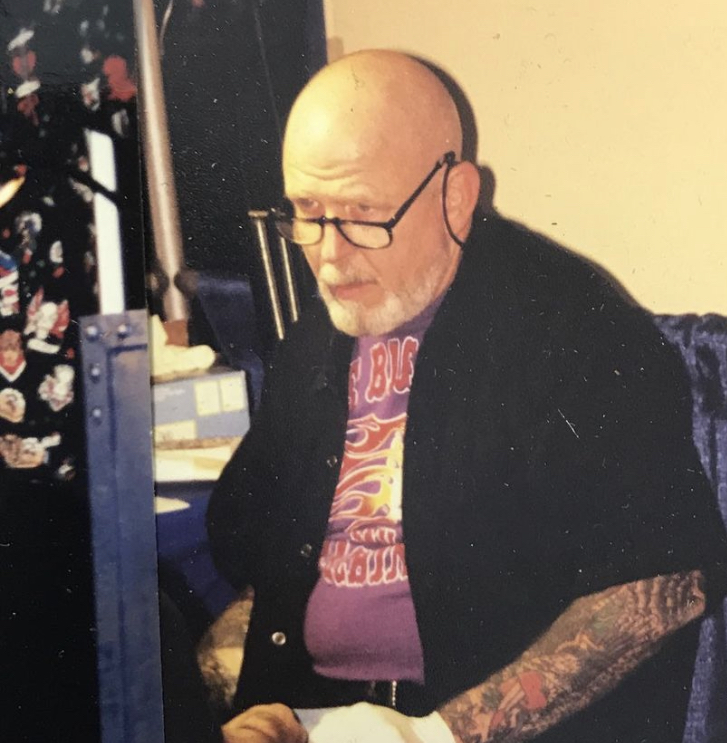 Entitled “Rock of Ages”(2008) this original artwork by Bob Roberts was created at Spotlight Tattoo Studio in Los Angeles, California. 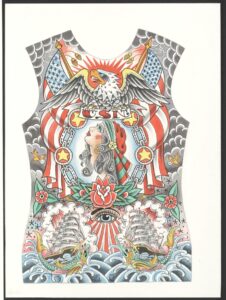 This tattoo themed artwork was used to produce long sleeve shirts that were printed in both Color and Sepia. * see photos 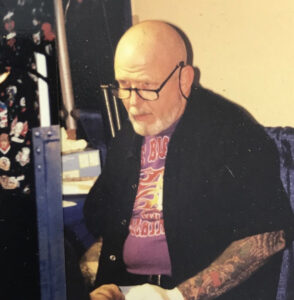 Bob Roberts is a tattoo artist from Los Angeles. Born in 1946, Bob started tattooing in 1973 at the Pike and studied under Bob Shaw and Col. Bill Todd for 3 years. Then he worked under Cliff Raven for a couple years. After that he moved to San Francisco and worked beneath Ed Hardy for 3 years. He opened his first shop in New York City called Spotlight Tattoo but eventually moved back to Los Angeles and opened a shop there. He is still at the same location today.

April 17, 2022
We use cookies on our website to give you the most relevant experience by remembering your preferences and repeat visits. By clicking “Accept All”, you consent to the use of ALL the cookies. However, you may visit "Cookie Settings" to provide a controlled consent.
Cookie SettingsAccept All
Manage consent