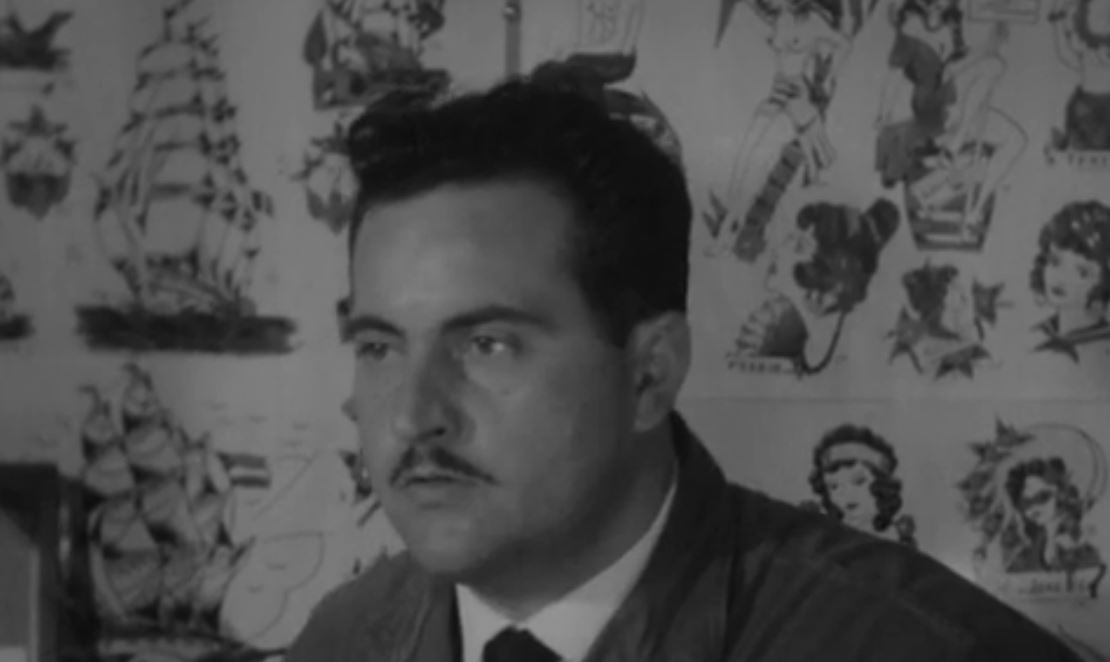 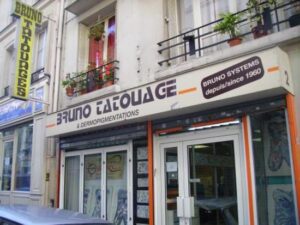 Without Bruno Cuzzicoli, many tattoo parlors found in France today would not have existed. This man started with a mobile tattoo studio on wheels, his laboratory tatouage truck. A small space where he clandestinely tattooed all the small French towns throughout the countryside. In the 1960s, when tattooing was not yet legal in France, an idea came to his mind. He wanted to open a tattoo parlour, and do so legally. 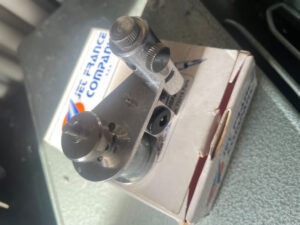 In an exclusive INA report, Bruno said: “When I entered France, I tried to declare myself a tattoo artist to see if it was possible because everyone in France said that tattooing was forbidden”. At that time, only executioners were allowed to tattoo themselves. Cuzzicoli even said with humor that if he had declared himself an apprentice executioner, he could have opened a shop more quickly. 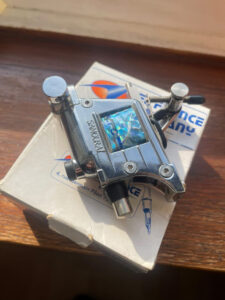 The tattoo was a whole other thing, it only conveyed negative things and the fight was hard. Finally, Bruno obtained authorization from the prefecture and opened his tattoo salon on October 2, 1962 in Pigalle. 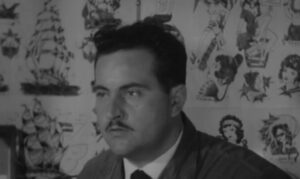 “I declared myself as an intradermal designer. And there it worked like a letter to the post office, ”he recalls at the INA microphone. Thus, Bruno Cuzziocoli becomes the first legal tattoo artist in France. Not only was a salon opened, but people were starting to see tattoo drawings differently. Later arose many laws governing the application of tattooing to protect the individual. It had been found that some of them were permanent and others harmful to health.

The difference between Bruno and the tattoo artist of “shoals”
Initially he was known as Bruno Cuzzicoli or Bruno Koutsikoli, but because of the many mistakes in his name, he became “Monsieur Bruno” or “Bruno de Pigalle”, it even made the front page of the local press. 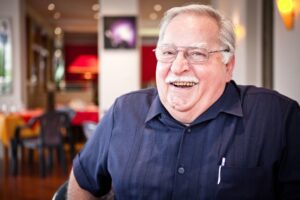 Bruno was compared to clandestine tattoo artists. It was said that at home, the work was more professional, “less brutal”. The artist used electric machines so that the needles would not hurt. At home, everything was clean, tidy, and the tools he used were soaked in jars of alcohol. Bruno remained the only notable tattoo artist, with a good reputation in France for 20 years.

Bruno is his own designer, he draws most of his models himself on waterproof paper, a method already very professional at that time.

In addition to his inventions, he also offers classic designs to his customers. His particularity is that he has the gift of creating a friendly atmosphere between him and his client. According to the latter’s request, the tattoo artist offers him a more aesthetic style. But the goal is always to find a middle ground between demand and talent. He knows how to refine, and rectify into something prettier what a client imagines.

How Bruno discovered his passion for tattooing?
In 1960, Monsieur Bruno faced an event that radically changed his career. While he was a young merchant, passing through Holland on business, he witnessed a car accident. What saved the victims was their blood types tattooed on their skin. He discovered that many Dutch people had their blood types tattooed in order to benefit from a transfusion without delay. An incident that led him into a passion for tattooing. And this is how he later made history by making tattooing accessible to everyone in France.

With his talent, Bruno de Pigalle performs different types of tattooing: artistic, aesthetic and medical. A design of bird wings on the back, making the effect of flight when moving the shoulders is one of his favorite artistic tattoos. The aesthetic tattoo is rather to repair a natural malformation such as a wine stain or a scar. As for the medical tattoo, the first tattoo artist in France remembers a tattoo made on the retinas of a blind man in order to avoid a blank stare.

After a long career, he decided to retire in 2012, at the age of 72 after having been able to train 400 tattoo apprentices, who are apparently his greatest pride. In any case, the exploits of this illustrious character will remain forever in history.